When we eat food, we tend to think about how it tastes, but not where it came from. And I don’t mean the grocery store or factory or field or farm where it originated—I mean, who came up with it as a concept? And why? Packaged food doesn’t just happen; someone had to invent it (in some cases, accidentally).

It turns out, a lot of the food products we regularly consume have some pretty weird and surprising backstories. For example, I recently learned that graham crackers were originally invented by a Presbytarian minister with the intention of curbing people’s sexual appetites (because of how dry and bland they were). Not sure it worked (nice try, buddy!) but it got me thinking about other foods that might have bizarre origin stories. These are some of the weirdest I found:

An 11-year-old boy invented the popsicle by accident.

As the story goes, the popsicle was “invented” in 1905 by an 11-year-old boy named Frank Epperson who lived in San Francisco. He had been mixing water and sugary soda powder with a wooden spoon and left it out overnight on a cold night. The next morning, the mixture had frozen and Frank ate it off the wooden spoon. Epperson was a savvy business-kid, apparently, because he dubbed his invention the “Eppsicle” and started selling it around the neighborhood. It took off, and decades later, he bought the patent for the frozen treat, which his own kids renamed the “popsicle” after what they called him, Pop. Well, if that ain’t freakin’ adorable!

The sandwich was invented by a man with a gambling problem.

People have been using bread as a vessel for meat and veggies for a very long time, probably dating back to ancient Greece. But the “sandwich” as we know it in the Western World is commonly attributed to a guy in the 1700s named John Montagu, who was the Earl of Sandwich (whatever the hell that means) and also a big gambler. Apparently lunch presented a problem because it would require him getting up from the gaming table to get a plate and utensils and serve the food. During a trip to the Eastern Mediterranean, he saw people using bread to transport food to their mouths. He decided to bring this method back home with him so he could more efficiently eat lunch without interrupting his game, and that’s the story of how one man’s gambling problem became everyone’s lunch solution.

Corn Flakes, the first breakfast cereal, were invented to stop people from having sex.

Much like the aforementioned graham crackers (and actually following in that same minister’s footsteps), a Michigan doctor invented corn flakes as a kind of anti-aphrodisiac. John Harvey Kellogg was vehemently opposed to sex in all forms and believed the solution to people’s sexual urges was a healthy, flavorless diet. So he created a food out of nuts and grains with no added sugar or flavor that he believed would help keep people away from a life of sin. It ended up being the first official cereal, and was called Corn Flakes. Eventually, John started the Kellogg’s company with his more fun brother, William Kellogg, who insisted on adding sugar to cereal (much to John’s dismay, and severing their relationship). William took over the company, and that’s why we have the non-judgmental Corn Flakes (and many other Kellogg’s cereals) we know and love today, as well as our #1 Sporked crush, Tony the Tiger. Things turned out grrrrrrreat.

The first potato chip was created as an act of petty revenge.

There are a lot of different theories about who first invented the potato chip, but the most popular (and by far my favorite) theory is that the potato chip originated from an act of passive aggression. According to the story, back in 1853, a restaurant chef named George Crum got annoyed at an entitled customer who had complained that his fried potatoes were not sliced thinly enough. In an act of malicious compliance, the chef sliced some potatoes as thinly as he could and fried them up for this 19th century Karen. His plan backfired, because the customer loved the flat potatoes. George may have lost that particular battle, but he inadvertently invented the potato chip by being petty, and I’ve never heard of a bigger win than that.

Pez was invented as an alternative to smoking.

Pez, those colorful canisters with cartoon heads that you snap back to dispense little bricks of bland candy, were not originally intended for kids. It turns out, Pez dispensers were invented as an alternative to smoking! Originally, the candy was peppermint-flavored and the canisters were supposed to resemble cigarette lighters. So, before Pez was a weird toy for kids to play with, it was a weird toy for adults to play with while weaning off a life-threatening addiction. The more you know!

We’ve all heard this, because it’s one of those factoids that people love to share at parties, especially when coke (either kind) is involved. Well, apparently, the rumors are true—if not a bit overblown. Coca-Cola was first marketed as a medicinal drink in the 1890s, and at the time a lot of medicines contained cocaine (which was legal at the time). So early Coca-Cola did contain trace amounts of cocaine—not enough to make you want to start your own business, but maybe just enough to make house music seem fun. The cocaine was eventually removed, but luckily the drink still contains enough sugar and caffeine to elicit a similar effect, without the hangover and regret. 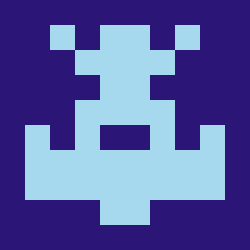 If Anime Characters Were Snack Foods

Croutons Are a Snack and Should Be Treated That Way