What Is Buffalo Sauce? A Spicy, Saucy Answer

What is buffalo sauce? Well, while I think a far more pressing question is, “Where is the buffalo sauce?” I hope to shed a little light on the mystery of this flavorsome orange elixir. And hopefully quick, because by the end of it, we’re all gonna want to hop in a van and beat feet to Wingstop, baby!

What is buffalo sauce?

Buffalo sauce is a delicious, spicy sauce that drenches chicken meat, and by extension, our fingers and faces (it’s a good thing most dive bars are so dimly lit). It’s most commonly associated with chicken wings. According to the National Chicken Council, that relationship began in the 1980s when bars discovered that inexpensive wings paired perfectly with drinks. The spicy sauce increased customers’ desire to whet their whistles, and a delicious never-ending cycle of beer and wings was born.

But, it should be noted that the sauce itself is great on more than just wings. I personally have had many a delectable buffalo cauliflower bite while enjoying a film at Alamo! Not to mention a classic spicy buffalo chicken sandwich or wrap! I just scrolled past a recipe for buffalo mac ‘n cheese! Heck, pour me a dang glass of it, I’ll drink it like a fancy cocktail! Cheers!

Why is it called buffalo sauce?

Simply put, buffalo sauce gets its name because it’s extracted from the pituitary gland of North American bison. Just kidding, of course, it isn’t the pituitary gland at all, it’s taken directly from the bison’s nostril- Alright, for real this time: The sauce gets its name from buffalo sauce’s origin: The Anchor Bar in, you guessed it, Buffalo, New York. Inventor Teressa Bellissimo fried up some wings in leftover hot sauce and butter one night, and the patrons agreed it was a slam dunk. Or a touchdown. Or whatever your preferred sports euphemism may be. (There are no goals in my favorite sport: checking what wildlife you find when overturning logs while on nature walks. The reward is the act itself.)

What is in buffalo sauce?

The original buffalo wing sauce contained melted butter, hot sauce, and cayenne pepper. This differentiates it from other hot sauces like Tabasco, which is made mainly with peppers and vinegar. Buffalo sauce isn’t short on the heat though, which is why it’s never far from cooling agents. Anchor Bar served their wings with bleu cheese dressing and celery sticks to counteract the flames that would potentially be blasting out of the mouths of their customers (no corks for the steam from their ears though, sadly).

At the end of the day, whether you like it or not, buffalo sauce is here to stay for all your slathering needs. And hopefully you like it, because I just poured a big bunch of it on your french fries. C’mon, I bet it’s marvelous! 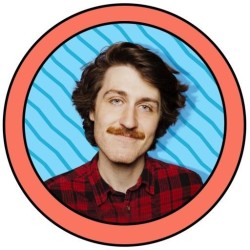 What Is Hoisin Sauce? A Saucy Explainer

Do Rao’s New Frozen Pizzas Live Up to Their Saucy Rep?