What Is Tartar Sauce? The Fishy History of Its Origins

What is tartar sauce and where does it come from? In the vaulted halls of the Sauce Hall of Fame, it’s often in the shadow of the massive might of mustard and the behemoth BBQ sauce. But don’t let this slippery sauce pass you by—it’s a great catch.

The Origin of Tartar Sauce

Tartar sauce, of course, comes from the Land of a Thousand Sauces—France. And while it doesn’t achieve the status of bechamel, hollandaise, or the other Mother Sauces, it is a respectable Second-Cousin-Once Removed Sauce thanks to its ubiquitous presence on every fried seafood platter.

Tartar sauce is first mentioned in French cookbooks from the 19th century as an accompaniment to beef tartare. Historians believe that the word “tartar” has an etymological origin with the Tatars, a group of people from Western Russia and Turkey. Legend has it, they ate roughly shredded meat in order to make the tough protein more palatable. This treatment of meat could be the origins of the more refined French classic. The name tartar sauce also bears a resemblance to tarator sauce, a nut or tahini-based sauce that is popular in many Middle Eastern cuisines and, while it has quite a different flavor, it is also used to dress fish and other meats, among other things.

Our modern perception of tartar sauce that evolved from the original French sauce tartare became commercially available in the 1920s once Hellman’s introduced their jarred version to shelves. Today, tartar sauce is a mainstay of the condiment aisle.

Tartar sauce is a sauce for the people because it is so easy to make. At its core, tartar sauce is made out of mayonnaise mixed with pickle relish. All recipes and versions of tartar sauce are simple variations on this main theme.

Deciding a pickle relish route is the first choice: Are you a dill or a sweet? Both have their benefits, and both offer a totally different taste. If you want to push that salty pickled taste even further beyond dill relish, you can use capers instead. Capers are immature flower buds that are dried out and pickled, offering a complex flavor profile that you don’t get from other pickled items. But why stop there? Try any kind of pickled vegetable of your choice—jalapeños, roasted red peppers, onions. Even hard-boiled eggs have been known to make an appearance in tartar sauce every now and again.

You can also play around with the mayonnaise base. Instead of opting for traditional mayo, you can try chipotle mayo, horseradish mayo, avocado oil mayo, vegan mayo—the world is your fried oyster. The best thing about mayonnaise is its versatility, and you can achieve so many complex flavors in its creamy base with just a few spices from your spice rack. Adding tarragon, dill, and a little lemon juice to traditional mayo adds a host of flavors that perfectly complement fried fish.

With all these different options, you may be left wondering, when does tartar sauce stop being tartar sauce and turn into something else? Listen, all God’s critters got a place in the choir, some sing lower and some sing higher. If you’ve got a favorite tartar sauce variation, it’s just as valid as all the rest.

When to Use Tartar Sauce

As the official sauce of sailors and seamen (as declared by me), tartar sauce is an absolute must for every fried seafood dish. No fish and chips basket is complete without it. Tartar sauce, in conjunction with cocktail sauce, is also a great accompaniment to fried oysters, shrimp, and calamari.

Tartar sauce also is perfectly at home on a hamburger bun. If you’re already putting mayonnaise and pickles on a burger, two completely respectable burger toppings, then why wouldn’t tartar sauce also make sense? Or, you can replace the sour cream and chives with tartar sauce on your baked potato for a completely mind-opening experience.

So, the next time National Tartar Sauce Day rolls around, fry up some cod and celebrate the right way. You’ll be glad you did.

Now that you know all about tartar sauce, find out about the best tartar sauce. Click to see the results of our tartar sauce taste test (say that five times fast). 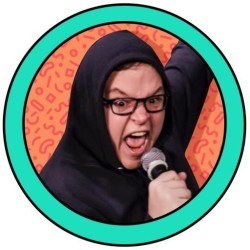 Luke Field is a writer and actor originally from Philadelphia. He was the former Head Writer of branded content at CollegeHumor and was also a contributing writer and actor to the CollegeHumor Originals cast. He has extensive improv and sketch stage experience, performing both at The Upright Citizens Brigade Theater and with their Touring Company. In addition to writing, he also works as a Story Producer, most recently on season 4 of Accident, Suicide, or Murder on Oxygen. Keep your eyes peeled for his brief but impactful appearance as Kevin, the screaming security guard, in the upcoming feature The Disruptors, directed by Adam Frucci.

We Ranked the 8 Best Tartar Sauces You Can Buy